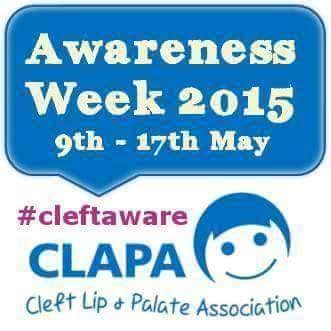 This week is “Cleft Lip & Palate Awareness Week”, which is run by the Cleft Lip & Palate Association charity.  One of the things I work hard to do is to raise awareness of cleft lip & palate, a condition that affects 1 in 700 babies born in the UK every year.  As many of you who read this blog knows, if Frankie had been born he would have had this condition, which in his case may have  been linked to the chromosome 15 duplication that he had, although many babies are born with a cleft lip and palate and have no other associated conditions.

I wrote the following account of how I found the Cleft Lip & Palate Association (CLAPA), a charity that is very close to my heart as they were so supportive when Frankie was diagnosed with his cleft lip and palate in September 2013, and sent it to them to use on their website or other materials to let others know how helpful I found them:

My unborn son Francesco “Frankie” Enrico Ventura was diagnosed with a unilateral cleft lip and palate at the Worcestershire Royal Hospital on Wednesday 25th September 2013 when I was 23 weeks pregnant.  The sonographer who conducted the scan blurted out that he could “see an abnormality” and that it was a “cleft lip”.  My husband and I were completely dumbstruck, we were so shocked at the way he said it that we literally couldn’t speak.  The sonographer went on to ask us if we knew what a cleft lip was, and before we could answer he said “it is like the children you see in pictures in the paper in third world countries where their lips don’t form properly and their teeth grow out in the wrong place.”

Reeling from being told this we were ushered into a room and left on our own for at least 20 minutes while a consultant was fetched.  I was in floods of tears and my husband was doing his best to comfort me, but we were both shocked and devastated at the news that our son would be born with a cleft lip.  All I could see in my head was images of the children he described and I couldn’t stop crying.

A consultant came in and said that she would arrange an urgent referral to Birmingham Women’s Hospital for a second opinion, gave us an poorly photocopied NHS leaflet about cleft lip and palate and we were then free to go.

We had no idea what we were dealing with, and what it meant for Frankie – my husband and I were scared out of our minds.  Even though the consultant said to us to try and refrain from searching for information about it on Google we are both very inquisitive people so once I had calmed down a little we got my laptop out and my husband typed “cleft lip and palate” into Google.  The first link that came up was to the Cleft Lip & Palate Association website.

We spent hours on the site reading up about the condition, reading accounts from parents that had children with cleft lips and palates, and we gained a much greater understanding of the condition and what it meant for Frankie.  We understood that he would have to have operations from as young as 3 months and possibly right through his childhood to the age of 18 or so, that he would have to have speech therapy and maybe have other things associated with the condition, such as problems with his teeth.  By the time we went to Birmingham Women’s Hospital for our second opinion scan on Monday 30th September 2013, thanks to the Cleft Lip & Palate’s Association website we were very well informed about the condition.

Frankie’s cleft lip and palate was confirmed at Birmingham Women’s Hospital and they asked us to return 4 weeks later for another scan so they could see his cleft lip and palate in more detail when he was a bit bigger.  It was that week that I contacted CLAPA and received a lot more information and support from the staff members, and thanks to them and being in touch with them I started to feel that although it seemed like a huge deal at the time, it was comforting to know that Frankie was 1 in 700 who are born with the condition and that in the grand scheme of things although he would need a lot of operations and treatment, it was something that could be fixed.  I joined the closed CLAPA facebook group and I was overwhelmed and stunned at how much support I received in the group, everyone there was so lovely and so helpful and answered all my questions, and I had quite a few! CLAPA also put me in touch with some of their parent contacts and we met Donna Rushton and her daughter Lucy, and Paul Barrington and his daughter Seren, both of whom were born with a cleft lip and palate.  Seeing such wonderful and happy girls and talking to both Donna and Paul about their experiences reassured us greatly and we felt very optimistic for Frankie after we met them.

I started a blog in early October called “Baby & Cleft” and my plan was to document everything that happened to Frankie and to me prior to his birth, then his birth up to 5 years old, when I would create another blog called “Child & Cleft”, and finally another blog when he reached the age of 18 called “Adult & Cleft”.  I started off with www.babyandcleft.co.uk and even registered all the other domain names.  I wrote so much about how I felt about the diagnosis, how much I had learnt about cleft lip and palate, how wonderful everyone at CLAPA had been – I couldn’t stop writing!

By the time my birthday came around on October 14th I had pretty much accepted the path ahead for Frankie with his cleft lip and palate, and many of the staff members at CLAPA had become friends with me on Facebook.  I happened to post on my facebook page that I was going to look into getting a 4D scan of Frankie and one of the staff members, I think it was Claire Cunniffe, replied and said that CLAPA funds 4D scans for parents who have received a diagnosis of cleft lip and palate in their unborn babies.  I also had a visit from Jane Tomlinson from the Birmingham Cleft Lip & Palate team, she told me about CLAPA and gave me a leaflet but I was able to say that I’d already been in touch with them.

I emailed Claire Cunniffe and she gave me the details for Babyvision in Shrewsbury, so I booked a scan and my husband and I went up there on Wednesday 23rd October.  To see my son in such detail was the most amazing experience of my life.  We also got a good look at his cleft lip, which did indeed affect the whole of the left side of his lip, but I just fell in love with him so much more than I was already and I couldn’t wait for him to arrive.  We went away with lots of scan photos and pictures of him, and I was over the moon with the 4D scan that CLAPA provided and I couldn’t wait for him to arrive into the world.

I had an additional scan at Birmingham Women’s Hospital on Monday 28th October at this scan it was determined that Frankie’s cleft lip and palate affected the whole alveolar ridge of his mouth and possibly went into his nose.  There was a strong possibility he would have to be tube fed until they could operate and the consultant also detected that he had talipes in his right foot, and he wasn’t sure whether that was positional or not.

Sadly for us and for Frankie, things took a very different turn when we found out on Monday 25th November 2013 that he would be born sleeping.  After a very painful 3 day labour, I gave birth to Frankie at 4.43am on Friday 29th November 2013.  Our hearts were shattered and broken.

I only held my son for a day and a night, but I was able to dress him, have his footprints and handprints taken, take lots of photos and video, and very importantly for me, have him baptised by Rev’d David Southall, Chaplain at the Worcestershire Royal Hospital.  The following day instead of leaving the Worcestershire Royal Hospital with my son, I left the hospital carrying a memory box.

Again the support, love and compassion that CLAPA and all the members within the closed support group on Facebook was incredible.  I was so touched by all the lovely comments and messages that I received, and I even received some cards in the post which meant the world to me.  After Frankie’s funeral we found out that had he been born it wasn’t just the cleft lip and palate that he had, he had a very rare duplication on chromosome 15, and he would have been severely mentally and physically disabled on top of the cleft lip and palate.  The geneticists we saw said that in his case the cleft lip and palate and talipes was almost certainly linked to the chromosome 15 duplication that he had.

My blog “Baby & Cleft” became a new blog called “Frankie’s Legacy”, and we also decided that we wanted to raise some funds for CLAPA to say thank you for all their help and support.  We managed to raise an incredible £1057.62, which we gave to CLAPA in January 2014.  At this point Frankie’s Legacy also became an unincorporated association charity, and one of our charitable objectives is to raise awareness of cleft lip and palate, but also to continue to raise money for CLAPA in the future.  We have a primary fundraising objective at the moment to raise funds to improve the delivery suite rooms at the Worcestershire Royal Hospital, but will look towards raising additional funds for CLAPA when this has been completed.  We are now close to getting our registered charity number with the charity commission, and will continue to work with CLAPA to do what we can to support their awareness raising and to raise additional funds for them.

Thank you CLAPA, we could not have got through the last year or so without you! 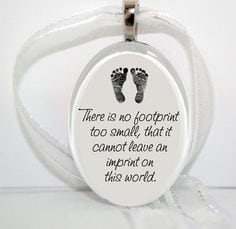