I’m sure that many of you reading this will be familiar with the film “The Matrix” from 1999 starring Keanu Reeves.  While in places it was quite confusing, the basic premise of the film was that humans have been enslaved by artificial intelligence machines who have them “plugged in” to the Matrix which they believe is the real world, that is, the world we are in today. A group of humans who have managed to break free from The Matrix free a hacker called Neo, and he is given the choice between taking a red pill or a blue pill by Morpheus:

Morpheus: This is your last chance. After this, there is no turning back. You take the blue pill – the story ends, you wake up in your bed and believe whatever you want to believe. You take the red pill – you stay in Wonderland and I show you how deep the rabbit-hole goes.

Neo chooses to take the red pill which frees him from The Matrix into the real world.

I’ve had a few moments like that in my life, what I call “take the red pill, take the blue pill” moments, where I can’t help but think that if I had taken the blue pill instead of the red pill, my life would have been completely different.

The first red pill/blue pill moment I had goes right back to when I was 16 years old and I was going out with my first boyfriend Nick* (not his real name). I was with him for four years, and I was madly in love with him. We got together when I was 16 through some “matchmaking” via a mutual friend, and I was on cloud nine. After all, I was the one who was overweight, wore glasses and was extremely unpopular at school compared to many of the other “glamourous” girls because I was into heavy metal music, yet here I was with a boyfriend of my own when many of the other girls were single. It felt completely surreal.

I lost my virginity with him in March 1990, and we were SO careful then with contraception. But two months later we discovered that a condom we were using had broken.

I was SO scared about the possibility of getting pregnant, there was no way on earth I could be a mother at the age of 16/17! I didn’t want it at all, I wasn’t at all ready to be a mother, and I was scared about what my parents would say or do if it happened, and the shame it would bring. After all, even in the early 1990’s there was still quite a stigma about being a teenage mother, but things were starting to improve on that front.

There was, however, a solution.  Nick and I went to our local family planning clinic where I was prescribed the morning-after pill.

I remember the doctor there explaining that it would have awful side effects and it would likely make me violently sick, and although I would have a period a bit earlier than normal it would then take a while for things to settle down completely in that department as they would be a bit erratic for a month or two. I remember being more worried that I would be violently sick, as I have emetophobia which is the fear of being sick, and I hesitated about taking it.

“It is up to you, but do you really want an unplanned pregnancy and baby?” asked the doctor when I hesitated about taking it. 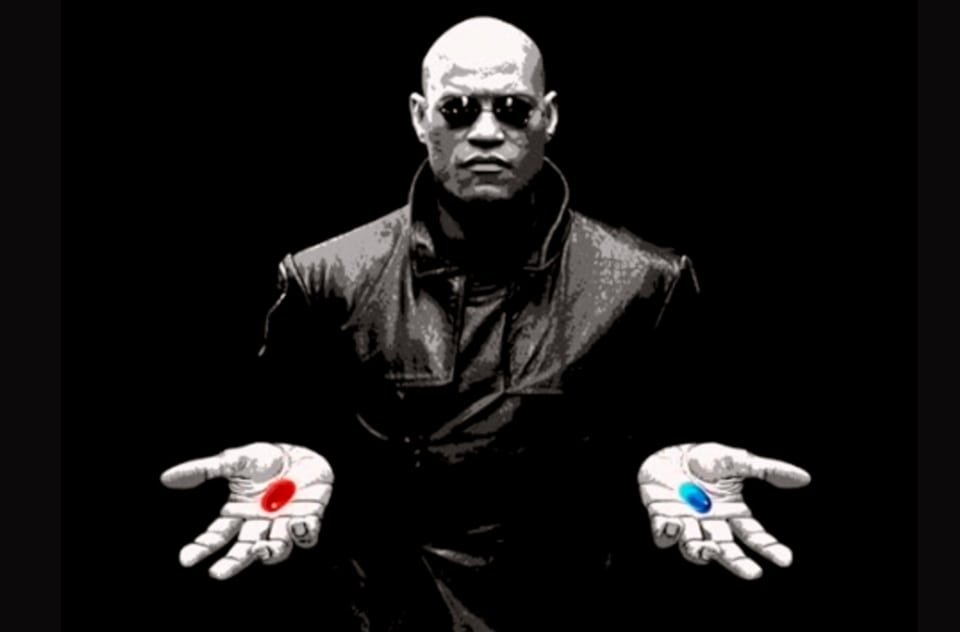 With a deep breath I took the blue pill.

I never thought anything of what happened next back then, and it wasn’t until I was diagnosed with hyper fertility that this incident came back into my head. But after taking the morning after pill, I was not sick at all. Not a bit. I was a tiny bit nauseous but that was it. A week later I got my period, and then exactly 28 days after that I was back to normal.

I now know that what happened when I took the morning after pill, not being sick and going back to normal straight away, was part and parcel of having hyper fertility. I just thought it was great that I was back to normal so soon and that I wasn’t sick when I had the pill, but even then, it was due to the underlying condition of hyperfertility that I had that would not be discovered until 2015, some 25 years later.

Since I was diagnosed with hyperfertility I can’t stop thinking about this time in my life.  If I had taken the red pill, this would have been the reality where I didn’t take the morning after pill, and I could have got pregnant and be a mother at the age of 17. Knowing what I know now, I look back on it with regret that I took that pill, and I feel so guilty about that.

It would have meant that Nick’s life would have taken a very different turn had I got pregnant. He would have been a Dad at the age of 18/19 and the practical side of me knows that would not have been fair to him at all. But what if I had got pregnant then and it would have been a vital chance to be a mother, even at that young age? Just suppose I didn’t take that morning after pill and I got pregnant, would it have been a happy ending? Would I have given birth to a son or daughter, one that back then at the tender age of 16/17, I didn’t want at all? The realistic side of me knows that even if I had got pregnant if I hadn’t taken the morning after pill I would have suffered an early miscarriage due to having hyperfertility. But what if that was a vital chance to be a mother, and I missed it? What if that was a pregnancy that was destined to grow and develop, and not one that I would lose so early on?

So this was the first of my “take the red pill/take the blue pill” moments in my life, and I’ve had many more since then. The next one was when Nick and I split up after being together for almost 5 years. I had a choice then of making a go of things with him or taking the red pill or moving on without him and taking the blue pill. Again, I took the blue pill, and to this day I often wonder what would have happened to us and if we would have made it and stayed together if I had taken the red pill instead. Taking the blue pill here led me to getting married to my first husband on the rebound from Nick, which was a huge mistake on my part. Over the years I’ve had many more of these moments, mainly relating to my career and work i.e. which job should I go for, or which career path should I take, but these two “take the red pill/take the blue pill” moments are ones where I could have gone a completely different route or made a completely different choice, but I didn’t. I don’t regret them as they made me into the person I am today, but I do still think of Nick often and wonder what could have been, and whether we would have made it had we stayed together. I don’t think that anyone ever forgets their first love, and Nick was definitely mine.

I wanted to explore this a bit in my blog, as I wonder just how many of my “take the red pill/take the blue pill” moments in my life changed my destiny and the course of which my life played out. If I had taken the red pill in the family planning clinic in 1990 I could have got pregnant and my son or daughter could be out there somewhere, and whether we were close or not, whether they were married or single, gay or straight, whether they were a mother or father themselves (making me a Grandmother) they would still be my son or daughter and I would love him or her to the moon back and beyond.

But that was not my life, taking the blue pill saw to that. And it was the right thing for me to do, as I said earlier in this blog entry. My life is what it is today, and I am me because of all the “take the red pill/take the blue pill” moments I’ve had in my life, of all the decisions I made, of all the betrayals I’ve had, and all the bereavements I have been through. I am forever changed, but still me, a new me, one that bears the scars of being an empty armed mother and of losing so many of her loved ones and relatives to death.

The answer might be somewhat surprising to you all.

The answer is no.

I wouldn’t change a thing about my life. I am still here, still healthy, I still have many of my loved ones around me, I have a roof over my head and comfortable surroundings.

If I had made any decisions I may not have what I have now. I may not be as lucky as I am now. Life may have played out very differently for me. So, the lesson here is this – be thankful for what you have got, and don’t regret anything or any decisions you made in the past, for they shape where you are and the life you have today.

If I hadn’t had the “take the red pill/take the blue pill” moments that I had in my life, I may not be as blessed as I am now. Don’t regret anything, and don’t regret the decisions you made or the chances you didn’t take. You made the right choices at the time for you, and that’s all you can do.

I made the right choices at the time for me, and I know in my heart they were the right ones. I like the person I am today, and I wouldn’t change a thing about what has happened to me, not even losing Frankie. I was blessed to give birth to him and to experience carrying him, and that counts for a lot. 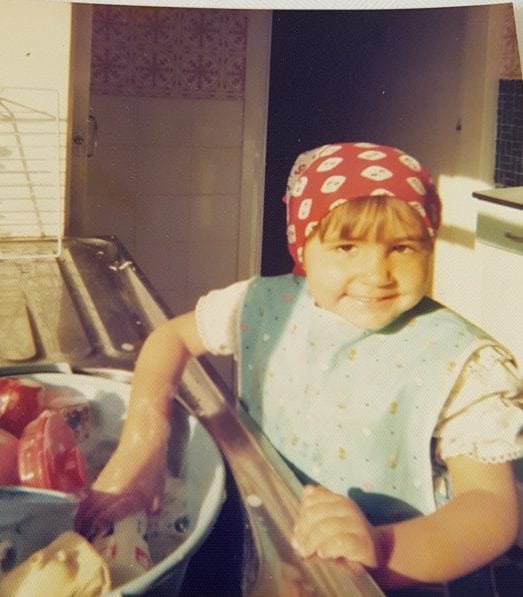 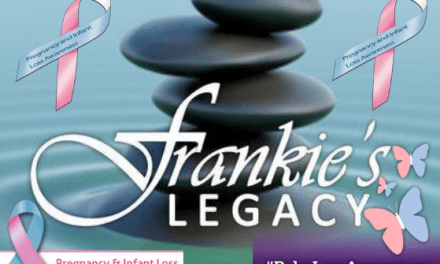