After the events of last week I’ve taken a few days out to relax and come to terms with what happened, so I’ve had a few days off from writing this blog.  My wonderful parents also purchased a very special item for Frankie’s room – a cot:

So me, my husband and Dad had a drive up to Ikea in Wednesbury initially to get some chest of drawers, which we did, but we also saw this cot too and it was just perfect.  It is all starting to get so much more real and it won’t be long until little Frankie is here!

Now that some time has passed I’ve had a chance to think about the events of last week and come to terms with them a bit more.  The picture that Birmingham Women’s Hospital painted to us was that Frankie definitely had something and we felt almost scared into making the decision to have the amnio test.  Part of me is glad that I did it as we know for sure he doesn’t have anything, but part of me also feels immense guilt for having it done and putting his life at risk.  I don’t know how I would have coped if I had lost him as a result of the amnio test and there was nothing wrong with him, it doesn’t bear thinking about.

As it happens, since that awful day on October 28th when he didn’t move or kick for seven and a half hours after the test, and I thought he’d died, he has been kicking for England (or Italy, hopefully he’ll support the football team of his Italian heritage).  Sometimes he kicks so hard it literally takes my breath away, a total contrast to when he didn’t move at all for hours last week and I love feeling him kick and move, no matter what time of day or night it is!

My husband and I were also absolutely over the moon to receive this wonderful, lovely gift from one of my online friends in the post last week too:

We burst into tears when we saw it, it is so beautiful and we were both so touched by the lovely thought.  It has pride of place on his bedroom door, and if the wonderful, lovely person who sent this to us reads this thank you SO much for thinking of us, and for bringing a much needed smile to our faces last week with this gorgeous gift.  We and Frankie are truly blessed to know such wonderful, kind and generous people:

This afternoon we have a 4D scan booked at Babyvision in Shrewsbury, which is funded by the Cleft Lip & Palate Association charity.  I can’t help but be a bit apprehensive about it, especially after the events of last week, but I’m doing my very best not to be.  Hopefully I’ll be able to post some photos on here of Frankie soon.

I may not be able to update this blog again till the weekend as I’m over at the Malvern Festival Of Innovation for my work tomorrow and Friday, but as soon as I can get any photos on here I will. 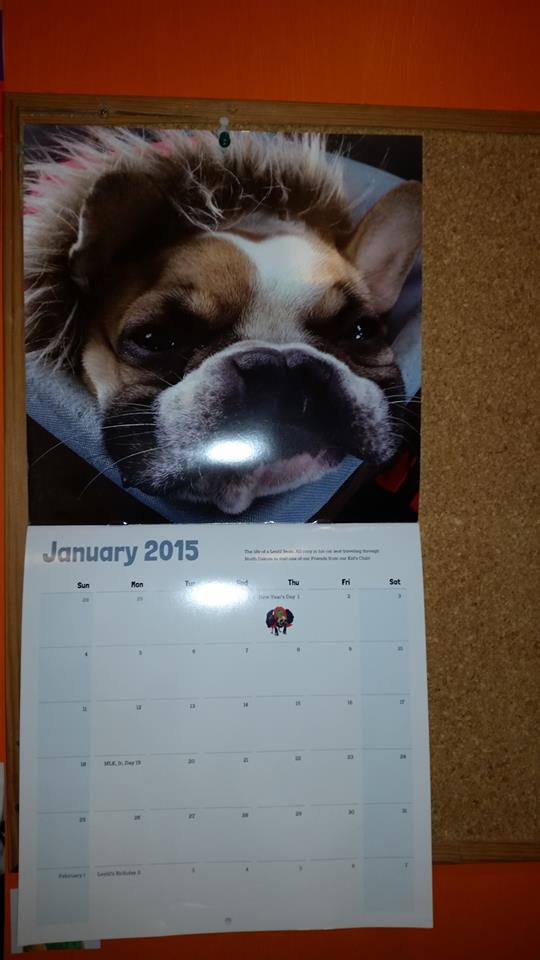 Many thanks for all your support