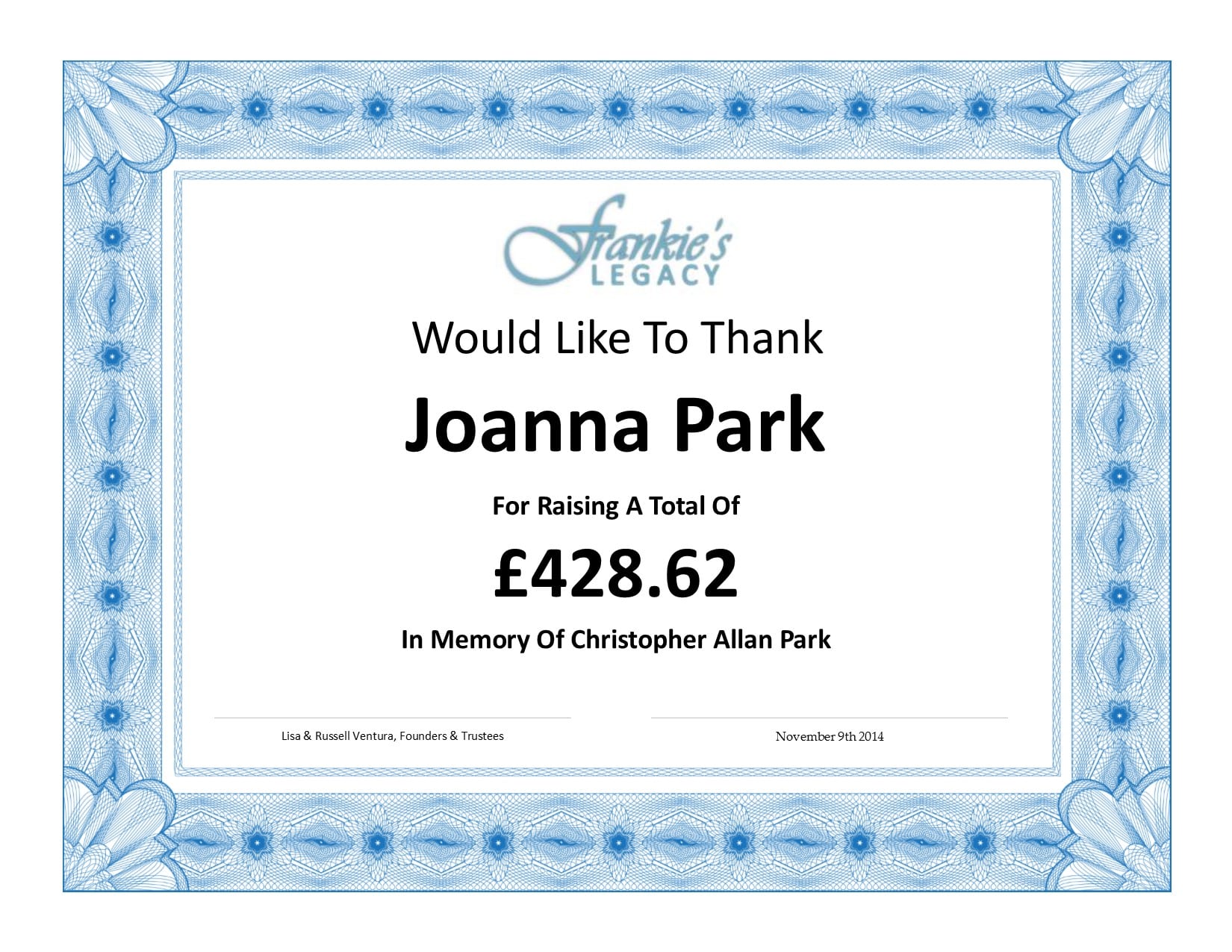 A few weeks ago I had a message from a lady called Joanna Park.  She told me that she had very sadly lost her little boy Christopher Allan Park on August 12th this year and that she wanted to do something in his memory, and that she would like to organise a coffee morning for Frankie’s Legacy.  We started chatting on Facebook messenger and she set about organising the morning, which took place last Thursday on November 6th at the Eden Church in Malvern.

Prior to that we tried to meet up for coffee but my schedule with work because incredibly hectic, and on top of that we had some weekend commitments and things go wrong which meant that I just couldn’t get across to Malvern to meet up beforehand.  So the first time I met Jo and her friends and Mum was last Thursday at the Coffee Morning, and I was absolutely blown away by her and how brave she was.  The room was full of her family and friends with their little ones, and it was a beautiful atmosphere and sight to see and to hear all the little ones playing and having fun.  I talked to as many people as I could but I had to get back to work for 1pm, but what really struck me was this.

The kindness of strangers.

The kindness of people who I had never even met but who had huge hearts and who wanted to make a positive difference.

The love and positivity that was in the room at the Eden Church last Thursday.

I admit that on my way back to work I was a bit tearful, it was so overwhelming and so emotional to see and be a part of. Joanna, you are an absolute star, and I am so proud and happy to have met you.

On top of all this, the event raised an amazing £428.62.  That’s right, £428.62!  These funds will specifically go towards creating memory boxes and neonatal support.

So I want to say a very very big and personal THANK YOU to Joanna for restoring my faith in humanity, for your kindness and for showing me that I can go forward and be positive about the future.  I also want to say a huge thank you to Jennifer Clair Grinnall who raised £100 of this from selling some unwanted baby items and clothes, and to Alice Prior who donated proceeds from her beautiful artwork that was on display during the event.

More on this will be coming soon, together with photos and hopefully some local press coverage.

Many thanks for all your support