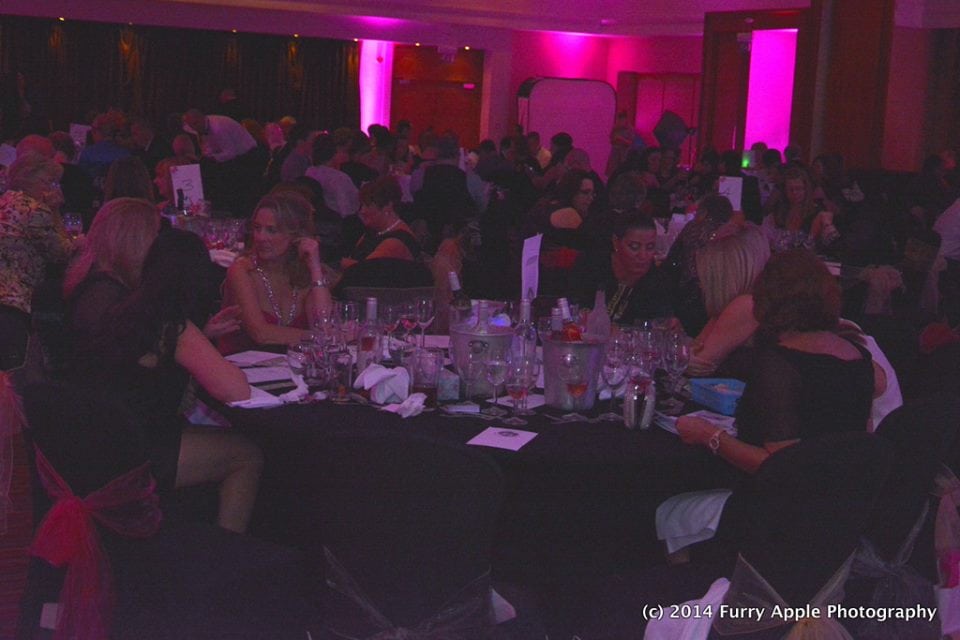 Last Saturday my husband Russell and I were proud, honoured and privileged to attend a prestigious ceremony that exists to honour those who have achieved great things with raising awareness of early pregnancy loss, stillbirth and neonatal death.

The Butterfly Awards, created by Mel Scott and Jade Deverill of “Towards Tomorrow Together”, is a beautiful and inspirational ceremony which brings awareness of early pregnancy loss, stillbirth and neonatal death, a topic which is all too often hidden away, and gives special recognition to those who work hard in this area to help and comfort those who have sadly lost a much wanted baby, at any stage of pregnancy or post-birth.

Over 350 nominations were received across 10 categories and 54 finalists were invited to attend the awards ceremony and dinner, and I must admit I was staggered when I found out that my husband and I had been nominated in the Most Inspirational Mother and Most Inspirational Father categories, along with Rev’d David Southall who I nominated in the Best Bereavement Worker category.

Our profiles went up on the Butterfly Awards website in August and I can’t thank everyone enough for their votes and for supporting us.  We didn’t win in our categories, but to be honest in a strange sort of way we didn’t want to and nor did we expect to.  How on earth can you choose one mother or father over another?  After the voting closed it went to a judging panel and I don’t envy their task of choosing the winners in each category, especially the Most Inspirational Mother and Most Inspirational Father categories.

In addition to that while we were at the awards ceremony we felt like Padewan learners in a room full of Jedi Masters; everyone shortlisted in their categories apart from us had been working very hard to raise awareness over many years, whereas my husband and I have only been doing it since November last year.  We have a lot to learn and a lot to do before we are even close to deserving an award of this kind, and even then it isn’t about winning for us, because as far as we are concerned there are NO winners in baby loss, and everyone in the room at the awards was a winner in our eyes.  It actually meant more to us to be nominated for that reason.

I was absolutely over the moon to be asked by the organisers Mel Scott and Jade Deverill to read a poem that I wrote called “Not Out Of Mind”.  I was so nervous while I was reading it, and I was shaking like a leaf, but I wanted to do Frankie proud:

We were just thrilled to be nominated and there on the night, and although it was a celebration of those who have done incredible work to raise awareness of early pregnancy loss, stillbirth and neonatal death while supporting others, it was also a very sad and poignant event.   There were over 150 attendees and it was an honour and privilege to meet so many people who have been through such devastation, just as we have, but who have turned their experiences into something so positive by helping others who have also been through it.

The venue was amazing, Chesford Grange Hotel in Kenilworth, Warwickshire, the food delicious (a goats cheese starter, chicken in mushroom sauce for mains and sticky toffee pudding for dessert) and the audio visuals superb.  Mel and Jade have put a lot of hard work and effort into organising the event this year and it paid off big time.  No detail was spared and the room was decorated beautifully.

There were some very poignant moments though.  This photo below taken by my husband Russell captures some of the ladies looking intently at a candle of remembrance trying to find the name of their sleeping babies on it:

And before I left the house, my Dad took this photo of me in Frankie’s room, which remains untouched since we finished decorating it and getting it ready for his arrival last year:

I was also thrilled to meet a few lovely ladies who I had been speaking to on social media for a while, but hadn’t got to meet in person until last Saturday night.  They include Katrina Baker from Macy’s Memory, Shelly Mitchell from Preemies UK, Charlotte Nall who wrote Little Fingers, Victoria Kissack from Time With Tabitha and of course Mel Scott and Jade Deverill. Every single person I met and talked to that night inspired and motivated me in ways they will never know, and I want to give a special mention to Leigh Kendall who I really enjoyed meeting and who I wished I could have spent some more time with.  I’ve been following her blog Headspace Perspective for some time in which she writes about dealing with the loss of her son Hugo, and I’m so pleased that she has decided to join me to help get the Everlasting Footprints online magazine off the ground.

Russ and I would also like to say a huge thank you to Mel Scott and Jade Deverill for organising this event and for giving recognition and a voice to all those who have been touched by baby loss.

The ten categories in The Butterfly Awards 2014 and winners were:

Congratulations to all the winners above, you more than deserved your awards.

I couldn’t write this post yesterday.  I was emotionally drained, tired and exhausted and spent most of the day just lounging on the sofa watching the Formula 1 and relaxing with my husband and my German Shepherd Curley. It took more out of me than I thought, but I am proud of myself because I got through it and got to meet some amazing and inspiring people at the same time.

We have already had some coverage post-event from the Worcester News, huge thanks go to Catherine Phillips for getting this online so soon after the event:

The Butterfly Awards will return on Saturday 10th October 2015, and nominations will be open in the next few weeks – www.thebutterflyawards.com.  I for one was honoured, proud and privileged to be part of such a special event, one that was bittersweet, sad and poignant, but also one that celebrated the achievements of those working so hard to raise awareness of early pregnancy loss, stillbirth and neonatal death.  I hope they continue for many years to come.