Today representatives of Frankie’s Legacy team attended a very special service at Worcester Cathedral.  I had heard about this service through Rev’d Dr David Southall who is the Chaplain at the Worcestershire Royal Hospital, and is a good friend of ours and a friend of Frankie’s Legacy.  He has instigated a Staff Appreciation Week at the Worcestershire Acute NHS Trust, and part of that week included today’s service at Worcester Cathedral. I as Frankie’s Mummy particularly wanted to be there to support him as I know how much hard work and effort organising these things take.

The Cathedral was absolutely packed with all kinds of NHS staff – doctors, nurses, midwives, porters, IT support staff, bereavement specialists – I could go on.  Every day in some form the national press seem to love nothing more than to give the NHS a huge kicking, and yes in some cases, it is right that when things go wrong, they should be publicised.  But when the press prints so much negative news about the NHS and not much good news, I get really mad.  On a local level I know for a fact that everyone at the Worcestershire Acute NHS Trust works their socks off and are so passionate about what they do, and the care they provide.

We are so lucky to have access to healthcare through the NHS, when many countries don’t and

you have to pay for everything.  Take the USA, for example.  I have had first-hand experience of being treated in a hospital in Florida in February 2011 when I had miscarriage number 6 with my ex-husband.  I can’t fault the care I got there, it was great – but the bill I was handed at the end of it for several thousand dollars was not.  Luckily I had travel insurance to cover the cost, so I only had to pay out the first £50.00 as excess, but the bill was $6575.00, which I think at the time was around just under £4000.  At that moment I knew that although I had my own private room with all the facilities I needed when in hospital in the USA it didn’t justify that amount of money, and while I was in hospital there I longed to be in the familiar surroundings of the Worcestershire Royal Hospital.

I cannot fault anything I was given, or the care I received, when my Frankie was born sleeping on 29th November last year at the Worcestershire Royal Hospital.  Nothing was too much trouble and every member of staff I came into contact with was kind, compassionate and caring.  I have no doubt that they had many other patients to deal with and many other emergencies to attend to, and when the pain got so bad for me that I asked for an epidural they were run off their feet as they had two emergency c-sections to deal with, so they didn’t get to me for over 2 hours after I asked for the epidural.  But did that mean they had failed me?  Not at all.  At the end of the day I would MUCH rather they attended to the two c-sections they had to do and saved the lives of those two babies than deal with me because in the cold light of day – my baby was already dead.  Paracetamol and co-codamolkept the pain at bay enough before the anaesistist could come and give me the epidural, and that was good enough for me.  I probably wouldn’t have been able to have those if Frankie had been alive, but under the circumstances I knew it was all about keeping me safe and well.  And this is the reality of what they have to deal with every single day – attend to mother A because the outcome is going to be better than mother B.  I don’t envy their job at all.

So today, during this service, I said a huge thank you and prayers to everyone who looked after me.  I didn’t get to find out the names of the first two midwives who attended to me when I was in the early stages of being induced, but I can give you a roll call of names from when I was given the epidural – Rachel Carter, Rev’d David Southall, Rev’d Guy Hewlett, Samantha Lane, Nick Vakis-Lowe and Rabia Imitaz.  I cannot thank you all enough for everything you did for me, my husband and my parents who were there when Frankie was born, for helping us create memories and for letting us have all the time we needed with him.

Even after he was born I still continue to thank many of these people who are still in my life, and it is because of their support, compassion and care that Frankie’s Legacy was created.  We want to give something back, no matter how small, and we will continue to push our fundraising efforts so that we can equip the 10 delivery suite rooms at the Worcestershire Royal Hospital as quickly as possible.  The first three rooms are already under way, and we hope to have the rest done through further fundraising and awareness raising.

But we need YOUR help.  Can you volunteer for us, can you run an event (no matter how small) and can you dedicate a bit of time to helping to improve the delivery suite facilities?  If you can, please contact us via hello@frankieslegacy.org.uk or call 01905 560207.

This is why we exist, and we are so glad we were able to say a bit THANK YOU to everyone who helped us at the Worcestershire Acute NHS Trust.  You all did us, and Frankie, proud. 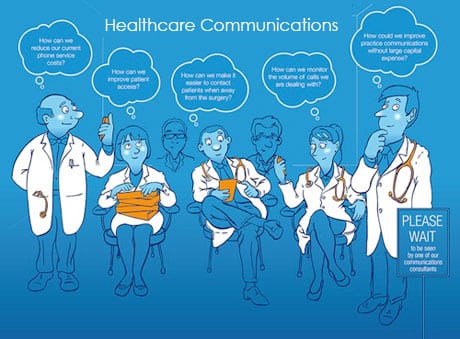