So on Saturday 25th February 2012, I was suddenly on my own.  Not only was it the end of my marriage and also my career (I’d put everything into working with my ex-husband for his software development company) my dreams of being a mother lay in tatters.  All sorts of things went through my head on that day, one of which I remember so clearly – it would be too late for me to be a mother at my age, especially since I would have to go back into the dating arena and probably find tons of unsuitable guys before finding Mr Right.  But in terms of how I felt about the marriage ending, within a week I realised I was happier than I’d, well, ever been.  My ex-husband and were two very different people, and had little if anything in common.  But when you are in something, you can’t see the wood for the trees, and it was only when he left that I began to realise that trying to make the marriage work with him was like fitting a round peg into a square hole.

I also remember saying to my Dad that once the divorce was finalised from my ex-husband,  if I hadn’t found anyone else I would look at going down the donor route to have a baby.  I figured that if a guy did come along, he’d have to be very special to accept me and a child and if he could do that, he was worth considering.  And age of course was not at all on my side.  My Dad said, “If that’s what you want to do, then me and your Mum are 200% behind you”.

I am an only child, and my parents dreamed of being grandparents.  Not only were my hopes dashed every time I had a miscarriage in the past, but so were theirs.  None of us dared to get our hopes up whenever I was pregnant.  Now I was facing a future without children, so the donor option and being a single Mum didn’t phase me at all.  I wanted to be a mother, and I knew I would have tons of support from my parents, family and friends.

However, all that changed completely in March 2013.

Back in 2002, my ex-husband was working for a company in Birmingham.  There he met a guy who joined his department at the company who coincidentally was also from near where we lived.  They hit it off as not just colleagues but friends, and it wasn’t long before my ex-husband invited him round to our house for pizza and to watch Formula 1.

I clicked with this guy straight away.  Unlike my ex-husband, I had tons in common with him.  There was just something about him that I couldn’t put my finger on, like I’d known him all my life – it was a very strange feeling.  Unbeknown to me, and I only found this out in April 2012, it was exactly the same for him too.

We did loads of stuff together back in the day as a group – we went to see a Star Trek Exhibition in London, went to Cadbury World, the Leicester Space Museum and all sorts of other places and all became really good friends.  But then my ex-husband moved jobs, and when he did the link between the 3 of us was lost and inevitably we all lost touch.  I had the odd text message from him asking how things were, I’d reply but then I’d not hear anything else.

We got back in contact again after my ex-husband left, and after lots of emailing and texting he came down to see me during Easter weekend on April 6th.  He ended up staying for dinner that day with my parents and my old next door neighbour who I still keep in touch with, and we had a whale of a time with lots of laughing around the dinner table.  The dynamics I’d been used to for years had totally changed, and it was the latest my parents ever stayed at my house.  Usually they left at 7pm, but they were still at my house at 10.45pm.

To cut a long story short, after that we were inseparable.  He was living in Birmingham when we got together, but soon moved in with me and it was as if we had always been together, we slotted in together so well it was unbelievable.  He proposed on my birthday in October 2012, and we married on April 6th 2013.  It was the happiest day of my life so far.

Before we got married we talked about having children.  When we first got together I made it clear that I did want them so there were no surprises later.  He wanted children too, but wanted to wait till as close as possible to us getting married – my husband is quiet a traditionalist!

I remember we were doing our weekly shop in Asda once and we were both looking at the baby clothes going “ooh” and “ahhh”.  “Well, hurry up and get me pregnant then” I said to my husband.  I’m not known for my patience, I have very little of it!

My period was 3 days late. 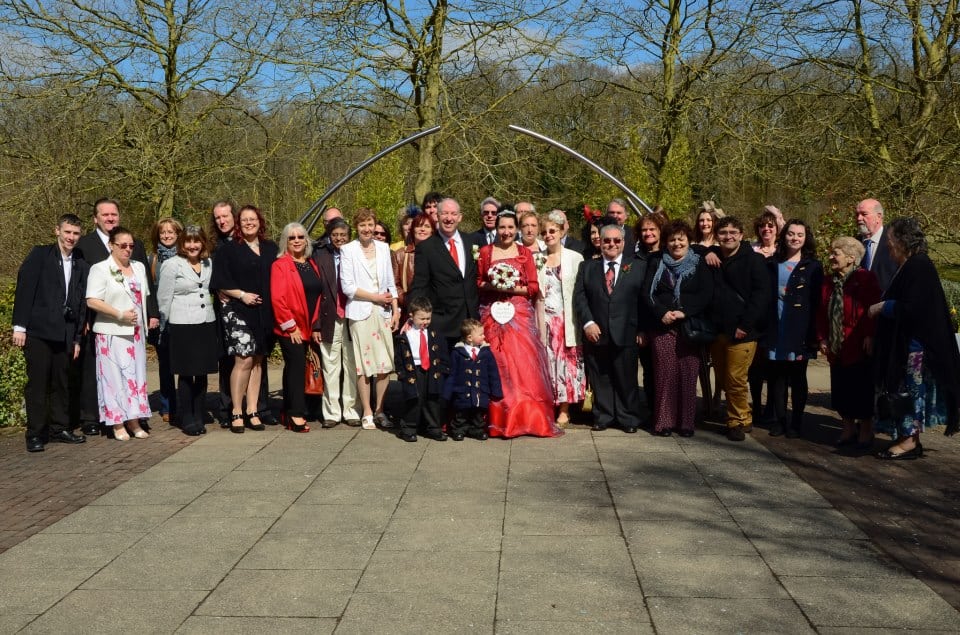